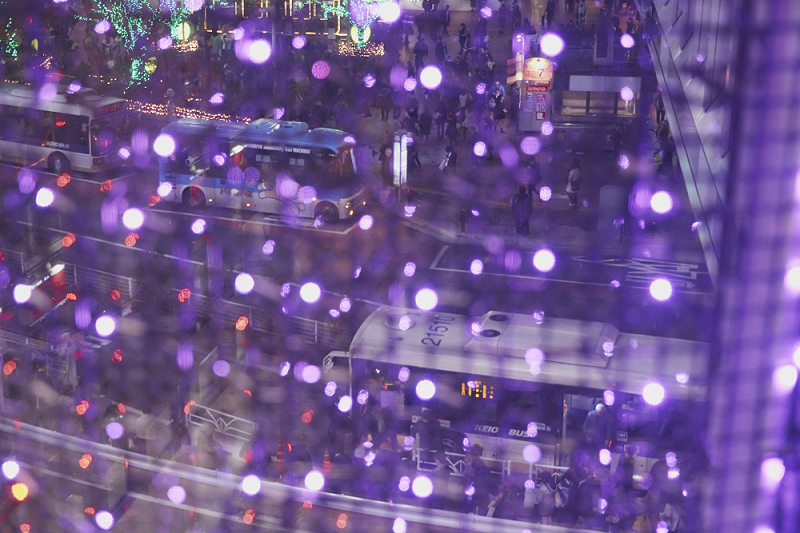 The appeal of Tokyo’s culture lies in its breadth, its openness, and its sheer concentration.
The cultural appeal of ordinary cities like Kyoto, Osaka, and Sendai, mainly lies in their historical heritage and the pleasures of daily life that have accumulated in those areas. Of course, Tokyo has local cultural assets passed down through the generations since the days when it was known as Edo, such as sushi, kabuki, the Imperial Palace (Edo Castle), and various shrines. In addition, its status as a modern city has given rise to a range of entertainments and fashions. Tokyo certainly stands head and shoulders above other cities in a variety of ways and one might be tempted to assume that this is because it is the largest city in Japan and the nation’s capital. It might seem that way on the surface, but the reality is different. The distinctive feature of Tokyo’s culture does not lie in its superficial scale or its political position, but rather is rooted in the historical background of the city.
Tokyo is virtually the only planned city in Japan (Kyoto is another exception. However, the question of the extent to which this city has lost its original character as a planned city, while still maintaining part of it is a topic for another occasion.) This nature has remained unchanged from the time when it was founded as Edo right through to the present day. Even though quite a few people were living in this area 400 years ago, there was not a shred of “cityness” about it. Kanto was home to Kamakura, Odawara, and Ashikaga, but it was only thanks to the concentrated power and wealth of the Tokugawa shogunate, as well as advances in civil engineering technology from the Sengoku period, that it was possible to create the city of Edo on the coast of the Kanto Plain, amid an intricate network of rivers.
How did Tokyo’s being a man-made city influence its character? A range of different people flock here. People came to Edo from across Japan to work on civil engineering projects, creating its irrigation system, building its castle, and developing its townscape. On the political side, the system of mandatory alternate residence in Edo by daimyo (feudal lords) meant that samurai from different domains throughout Japan were permanently resident here. Edo had been a city of diversity, as we would put it today, since long before that. It is often said that if someone from Kyoto mentions “the last war,” they mean the Onin War in the 15th century, but Edo people were not the type to boast about how long ago they began living there. Rather, their affectation of dedicating themselves to transitory pleasures, spending all their money on making merry for a single night, shaped their mentality of always living in the moment. People are conscious of the fact that everyone has moved here from somewhere else. In that sense, it is like New York.
The city, first as Edo and then as Tokyo, continued to grow in proportion to the Japanese economy. There are two reasons for this: its continuing status as the nation’s capital and the fact that it had a wide plain as its hinterland. Having started out roughly the size of a village in 1600, its population grew to 500,000 in 50 years and it was a city of a million people by the time a century had passed. As its population continued to mushroom, irrigation and land reclamation were used to expand the city out to sea, in a trend that began when it was still known as Edo and continues in 21st-century Tokyo. This is similar to the way in which New York has continually expanded upwards through the construction of skyscrapers. In addition to being a city that absorbed people from all parts of the Japanese archipelago in days gone by, Tokyo is now a metropolis open to the world, attracting people from across the globe.
I mentioned transitory pleasures before; in fact, both the culture and the mood of Tokyo are somewhat hectic. Goods and people from all over Japan—indeed, goods and people from everywhere on our planet—gather here. The people of Edo-Tokyo find inspiration and stimulation in these new things, in turn causing yet more people and goods—in quantities and of a quality that differs from those in other cities by an order of magnitude—to flock to Tokyo. It is a chicken and egg relationship. Life here is fun, but busy, with barely enough time to eat, so the cuisine that developed in Edo-Tokyo is fast food: sushi, soba noodles, and tempura.
However, as you will understand having read this far, the true appeal of Tokyo does not lie in any one specific thing that you can point to, like the food or Skytree. It is the historical character, breadth, openness, and sheer concentration that these things have engendered. People frequently misunderstand this and try to find something akin to hometown pride in Tokyo as well.
In fact, that barely skims the surface of Tokyo. Put simply, whereas all other cities are simply “a region,” Tokyo is not a region but an urban system; a zone, if you will. Therefore, when they say that “the urban air sets people free,” it is Tokyo alone that has that air in the true sense. Breathing that air; that is the appeal of Tokyo.

Board member of Arts Council Tokyo / Emeritus Professor, Graduate School of Arts and Sciences, The University of Tokyo