Series: Arts, culture and expression in the age of coronavirus

The coronavirus (COVID-19) pandemic has brought major crisis and change to arts and culture on the ground.
In this series of pieces by individuals and experts active in different fields, we hear a variety of perspectives on the realities and challenges, as well as the future possibilities.

Series: Arts, culture and expression in the age of coronavirus
The coronavirus (COVID-19) pandemic has brought major crisis and change to arts and culture on the ground.
In this series of pieces by individuals and experts active in different fields, we hear a variety of perspectives on the realities and challenges, as well as the future possibilities.

The performing arts world, the live entertainment sector and the world of sport have managed to resume operations to a certain extent, even as they face uncertainty as to just how long the coronavirus situation is likely to continue. However, as soon as they have re-opened for business, they have been faced with the next headache: fear of cancellation.

If we consider the situation in terms of theater alone, first up, anti-virus measures have been pursued from the perspective of allowing performances in some form or other if steps are taken to prevent infection between audience members – even if the audience includes the infected but “asymptomatic.” Next, even if there are infected but asymptomatic people among the performers, thorough measures have been taken to ensure that those performers cannot transmit the virus to members of the audience. Comprehensive countermeasures have also been put in place regarding theater technicians, so they don’t infect their colleagues (or any performers).

However, and lastly, there remains the issue of measures to prevent asymptomatic performers from transmitting the virus to their fellow performers. This is the area to focus on going forward, and which demands countermeasures.

Hang on, you might think, if that is the case surely the only possible production is a one-man show. But I beg to differ.
When you work as a director, you have the tendency to think that actually whatever the trouble, whatever the new turn of events, something similar has happened before in the past. We tend to think that this situation is unprecedented in the history of humanity because we live 100 years at most. But humans themselves haven’t changed for at least 2,500 years, so I take the position, which is probably the director’s way of thinking, that we must have had similar worries and predicaments before (2,500 years ago was when the Greek tragedies “Oedipus Rex” and “Medea” were written, and the fact that the Greek tragedies are still being staged in theaters around the world even now means that people are essentially unchanged from that time).
Another thing is that if you think about “theatrical performance in the time of coronavirus” with a directorial outlook like mine, you realize that the theatrical form of what we call classical drama is in most cases “coronavirus-era style” theater.

Well, although it’s an exaggeration to say “in most cases,” let’s think about the Noh stage for example. Isn’t it true to say that the only asymptomatic people on stage who could possibly infect other performers are the jiuta chorus group performers who sit in a group on the right of the stage? Jiuta in English is “chorus,” the “khoros” of Greek tragedy. This means that the choral parts are not possible to have performed as they are at present, but aside from that, the other performers do not have close contact on stage.

The staging of ancient Greek tragedies seen from the perspective of today is also conducted in a “coronavirus-era style.” The actors stand apart on stage, and always speak facing the front. This means that actors do not face each other (and what’s more they’re wearing theater masks!) So naturally, there is no direct physical contact with the actors playing opposite. Theaters were outdoors to boot. The khoros of dozens of people grouped together may have been a “close-contact setting,” but as long as care is taken in this regard, performances can go ahead in today’s environment.

Some of you reading about the performance style of Greek tragedy above may think how similar it is to Kabuki. Kabuki has incorporated new performance styles, but in its traditional form there is very little close contact between actors.

This is also true of classical theater in India and China. I’m also reminded of Japanese folk arts, in which the performers rarely touch each other.
Thinking along these lines, I wonder whether the acting style in which actors touch other actors’ bodies and talk to fellow actors at close range are actually fairly unique acting styles created in modern Europe.

At the very least, it is a relatively recent thing in the history of theater that the inside of the theater has become a “hygienic” place. And incidentally, it has only been a little over 100 years since theaters had electricity. We may be struggling with the new normal of life with coronavirus, but the theaters of just over 100 years ago had to struggle with no electricity. In other words, the theatrical style that we took for granted until a few months ago could be said to be merely a trend of recent times, when taken as part of the long history of theater.

Consequently, doing away with close physical contact between performers on stage may mean the unexpected return of theater to the “mainstream.” Moreover, carefully avoiding close contact in dressing rooms or backstage will do away with the possibility of an asymptomatic performer unwittingly infecting co-performers.

On top of that, you need to hire understudies. This system ensures that no matter which actor is unable to appear on stage, there is a stand-in who can play his or her part.
With the understudy system in place, if one morning one of the performers develops a fever, that day’s performance does not have to be cancelled. This is because the performers have not had close contact with each other in the traditional performing style.

In fact, it isn’t possible that none of the performers contract a slight fever during the run of performances. The stage is essentially a more highly-strung environment than everyday life, so it’s a given that if you enter that world, your physical condition changes. But an environment in which a performer running a temperature puts paid to that day’s performance is more likely to make ill performers want to hide their condition. Therefore, it is important to work on the assumption that a performance won’t be cancelled if someone is off with a fever.

At present, if a performer tests positive for coronavirus the performance is suspended for two weeks. But this is because there is a rule that their co-performers are identified as people in close physical contact with the infected person and should therefore self-quarantine at home for two weeks even if their own PCR test comes out negative. On the other hand, we cannot completely guarantee that performers won’t contract the virus while going to and from the theater. And neither it is possible for every performer to be tested on a daily basis.

Of course, audiences are also kept in suspense when they visit the theater wondering if there will be a performance that day: this is also one way to enjoy theater. There have been times like this in the past, too.
Ultimately the question is which way to turn. Directors who want to avoid cancelling performances at any cost have the choice of going back in time through the history of theater and eliminating close physical contact on stage. I hope they remember that. 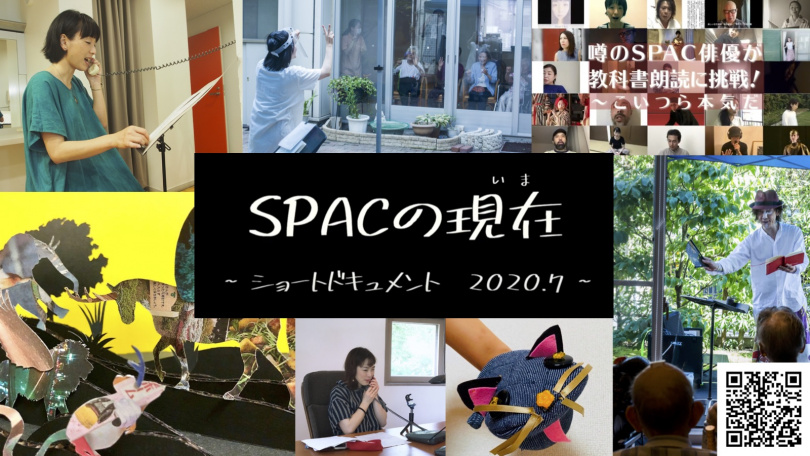 Based on the idea that “while the people are not gathering in the theater, let’s make the theater where people are now,” SPAC (Shizuoka Performing Arts Center) developed a project to “deliver” art in various ways.

Related articles
Series: Arts, culture and expression in the age of coronavirus

Born in Tokyo in 1959. Director and General Artistic Director of SPAC (Shizuoka Performing Arts Center), Tokyo Festival General Director. Studied theory of drama at the University of Tokyo, establishing the Ku Na’uka Theatre Company in 1990. Miyagi has developed a career on an international scale, and is highly acclaimed both in Japan and overseas for directorial work that combines contemporary textual interpretations with the physical techniques and styles of Asian theater. He was appointed General Artistic Director of SPAC in April 2007.In parallel with his own performances, he has brought over theatrical productions from all over the world, and developed outreach and educational programs with a focus on creating theater as a “window to view the world.”  His “Antigone” was performed in the Cour d’honneur du Palais des papes as the opening work of the Festival d’Avignon in 2017, the first time in the festival’s history that a work from Asia had been selected to open the event.

Tokyo Festival 2020
Tokyo Festival 2020 will take place from Wednesday, September 30 through Sunday, November 29 2020, in the Ikebukuro area, Toshima City. At this year’s Tokyo Festival, cooperating with related sectors, we will not only strive to prevent the spread of infection and aim to hold the event in a safe and secure manner, but also to propose new ways of performing arts for
the future.
Tokyo Festival Official Website